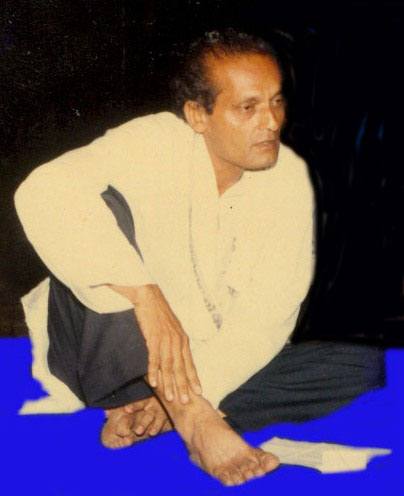 Charles Francis D’costa (Chafra D’costa) can be considered one of the brightest stars in the Konkani sky, for all eternity. No wonder therefore, he was bestowed the title of ‘Amar’ Chafra, meaning ‘Immortal’ Chafra.

He was a playwright who revolutionized Konkani theatre with his one-act plays. His plays were at par with European plays, in their substance and content. Though, many of his plays were adapted, some of them were better than the original. The lyrical beauty of his dialogues gave the plays a unique status of high quality. Because he was a progressive thinker, he questioned established values of religion and the state, through all his creative artistic expressions. Though the number of plays he wrote (25) is quantitatively small, in terms of their quality they would easily standout as the best in Konkani. He was a brilliant actor and a master director.
Some of the plays that may be mentioned here are – ‘Bhangar Monis’, ‘Sunnem Mazor Hasta’, ‘Tornem Tornem Mornem’, ‘Shirigunddi Shimanv’, ‘Avnkwar Mestri’ etc..

He was a fearless journalist, a breed that is not only rare but literally nonexistent in Konkani journalism. He edited ‘Poinnari’, ‘Zag-mag’ and ‘Vixal Konkann’ – from Mumbai, and ‘Jivit’ and ‘Udev’ from Mangalore. Except for ‘Poinnari’, he published all the other periodicals himself. Despite his struggle to publish the issues on time, regularly, the contents of the periodicals he published, were all worth preserving. While everyone else would tread the path of survival and would never dare to annoy or displease the establishment, Chafra, in the cause of truth and justice, never hesitated to expose the injustices of religious and political authorities; to the detriment of his journal and his interest.

He was a poet without comparison. Though the number of the poems he had written would be only around 60, due to their sheer quality, he would standout as the most eminent of them all. He won the ‘Sahitya Akademi Award’ for his collection of poems – ‘Sosyache Kan’. His poetry had the power to transcend regional and dialectal boundaries and therefore, Chafra was as popular in Goa as the best of Goan Konkani poets. His poems – ‘Hadd Cheddva Buddkulo’, ‘Amger Ek Babu Zala’ and others are very popular in Goa and are also being taught in Goan schools.

Above all, Chafra was a crusader for the Konkani cause. He was responsible for the establishment of Karnataka Konkani Bhasha Manddall, through which he worked to organize Konkanis. He was a great orator who was passionate about Konkani and therefore, could move any Konkani to action through his fiery speeches.

In short, Chafra was a great son of Konkani and was solely responsible to inspire Eric, Melvyn and many others like them. 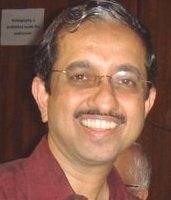 Melvyn Rodrigues, today considered the prime promoter of Konkani poetry, was a disciple of Chafra, and like his guru, has won the highest literary award of the country, namely, the Sahitya Akademi Award, for his collection of poetry ‘Pro’kro’ticho Pas’.

He has published 14 books, mostly on poetry. He has also produced a song album titled ‘Dini Dini’.

He has penned over 40 songs for various composers, most of which have been tuned by Eric Ozario. He penned his first songs for Mandd Sobhann.


He has edited 15 works of literature and he is presently working on a few others. He is the editor of www.konkanipoetry.com, a palace of Konkani poetry on the web. He has to his credit many published serialized articles. He is also the editor of the online Konkani dictionary (English-Konkani script), run by Mandd Sobhann (www.konkanidictionary.com).

He is the founder of ‘Zage Kavi’ and ‘Kavita Trust’. A Founder Member of Daiji Dubai. He has been decorated with innumerable Awards and Recognition. Suffice it to say that today Melvyn is recognized as an authority in Konkani poetry. 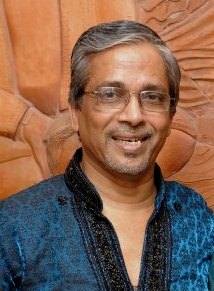 Eric Ozario comes from the trade-union-movement background. 18 years of his youth he dedicated to the cause of the working class, organizing workers in independent unions and leading them in struggles and agitations in pursuance of their rights and justice. Though he was employed in a bank, he risked his job, his security and many a times his life in the workers’ struggles. Among the many unions he established, especially in church institutions, the All India Church Employees’ Federation is the most notable. He was also responsible for the formation of the Dakshina Kannada All Unions’ Coordination Committee.

However, Eric’s first love was music. He was an accomplished singer and later on became a respected composer. It was during the trade union agitations, that he came into contact with Chafra, who was not only sympathetic towards the workers’ cause but was also helping it by exposing the injustices of the managements, through his writings in his periodicals.

Their acquaintance grew into friendship and Eric, a lover of poetry, became Chafra’s ardent fan. Chafra and Eric began composing Konkani songs – Chafra writing the lyrics and Eric, composing the tunes. Gradually, Chafra succeeded in weaning Eric away from the trade union movement and converting him into a committed soldier for the cause of Konkani. Together, they revolutionized the Konkani scene, first with their music and then with innovations and experimentations.

Eric considers Chafra his Konkani guru and says – “if not for Chafra, I would never have been in the Konkani movement. Being born to Tulu parents and being brought up in a ghetto of converts, I have always struggled to speak proper Konkani”.

Eric has been decorated with the ‘Rajya Pro’sho’sti’ by the state of Karnataka. He is the holder of the title ‘Vishwa Konkani Kala Ratn’. Her served as the President of Karnataka Konkani Sahitya Academy for 3 years, during which term he in introduced Konkani in schools in Karnataka. He is now the ‘Gurkar’ (headman) of Mandd Sobhann, the organisation.

Note: 2 books have already been published on Eric’s colourful life, one in English titled ‘The Indefatigable Crusader’, and one in Konkani titled ‘Tho’ko’nato’l’lo Zuzari’.