Oct 24, 2019 : At the recently held General Assembly at the 8 Global Conclave of the Jagotik Konkani Songhotton held at Kalaangan Mangalore, Shri. Michael Lobo Hon’ble Minister of Ports, Solid waste Management & RDA was named as the Chief Patron by a resolution put forth by Shri. Eric Ozario, Secretary General of JKS which was unanimously adopted by the Assembly.

The title will be officially conferred on Mr. Lobo at a special function to be held in Goa shortly. 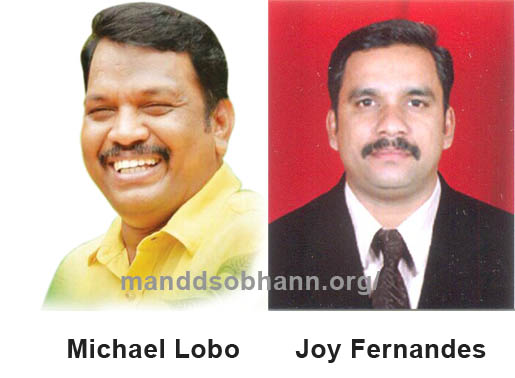 Jagotik Konknni Songhotton (JKS) a Global Konkani Organisation, was established in 2011 by bringing together 200 odd organisations working in the field of Konkani and Konkanni culture round the world, with the sole intention of representing Konkani people and issues globally to enrich and preserve Konkani in all its beauty and variety and ensuring the Transmission of the Konkani Heritage to future Generations with basic Principles of Respecting Variety, Seeking Unity in Diversity and Promoting Common Identity.

Multifaceted Konkani personality, Shri Tomazinho Cardozo headed the JKS as its founder President followed by Shri. Siddanath Buyao and Shri. Jose Salvador Fernandes. JKS has spearheaded the Konkani Language Plan Document a first of its kind by setting a road map to achieve Short term and long term goals for taking konkani to the future by stipulating guidelines for individual, family, community and organisations- at regional, national and global levels.